Sacré-Cœur Basilica - Basilica of the Sacred Heart of Paris 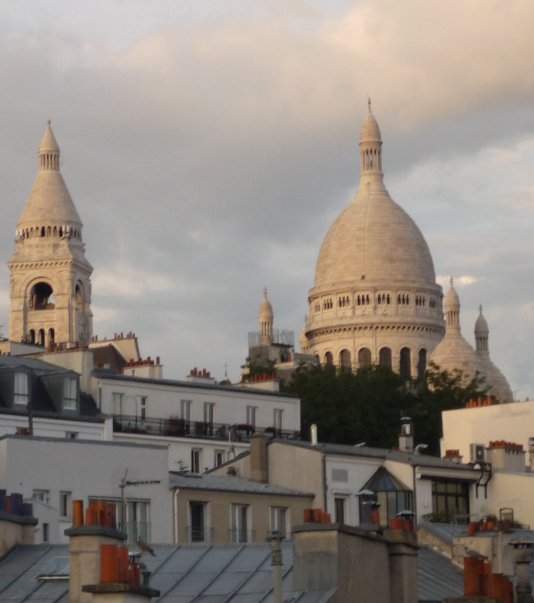 The climbing of the Montmartre hill leads you to the famous Sacré-Coeur Basilica (the Sacred Heart of Paris), which overlooks the magnificent view of Paris.

How to get to the Sacré Coeur Basilica?

Some historical landmarks of the religious history of Montmartre

What is the history of the Sacré-Coeur Basilica?

What are the hours of mass of the Sacré-coeur basilica?

How to spend a night of adoration in the Sacré-Coeur Basilica?

Click on one of the three thumbnails of the Sacré-Coeur Basilica to see the photograph in a full-size format.

How to get to the Sacré Coeur Basilica?


The simplest way is to arrive to the Anvers tube station and to climb up the Steinkerque street which directly will lead you to the Montmartre funicular (lift), which is the easiest means of transportation to help your last climb.

Helpful tips : You can visit the dome of the Sacré-Coeur Basilica which gives you a 360° panoramic view of Paris for 6 euros, which is cheaper than visiting the Montparnasse tower (10 euros).
However, there is no lift but 300 steps to climb, but it is good way to be in shape!
If you pay just two more euros, you can also access the crypt. The crypt contains the statues of the Saints and an underground chapel.
In the crypt, you can see a big urn that contains the heart of Alexandre Legentil. Alexandre Legentil led the project of the building of the Sacré Coeur, with Hubert Rohault de Fleury, his brother in law.


Some historical landmarks of the religious history of Montmartre


Foundation of the Royal Abbey of Montmartre

A priory Church was founded on the Montmartre hill in 1096. It became an Abbey in 1134 which belonged to the King Louis Le Gros. Abbesses (Nuns) managed the Abbey. The abbey of montmartre was a location for pilgrimages (the topic of the pilgrimage was Saint Denis martyr) and for religious life. In 1792, the Benedictine nuns were dispersed by the French Revolution and Monastery totally destroyed. The last Abbesse, Marie-Louise de Montmorency-Laval was guillotined on the 24th of July 1794.

Nowadays, from the former Abbay, there remains only the Saint Pierre of Montmartre Church. Today you can still walk to the Abbesses street, name given in memory of this former Abbey of Benedictines.


What is the history of the Sacré-Coeur Basilica?

After the defeat of Napoleon III at Sedan in 1870, Parisians suffered from terrible cold and hunger.
Bloodshed and tension increased with the riots of the Paris Commune.


To expiate the sins of the Commune

Alexandre Legentil and his brother-in-law Hubert Rohault de Fleury were wealthy and pious Catholics. They wished to erect a church dedicated to Jesus' love in Paris. They proposed in January, 1871, the following National Vow:

"In the presence of misfortunes which afflict France and in the presence of greater misfortunes that may theaten France, so we recognize that we were guilty and justly punished.
To make amends for our sins and obtain the infinite mercy of the Sacred Heart of Our Lord Jesus Christ, the forgiveness of our sins, we promise to contribute to the erection of a sanctuary dedicated to the Sacred Heart of Jesus in Paris".

On January 18, 1872, the Archbishop of Paris Mgr Guibert approved the project and wrote a letter in 1873 to the Minister of Religious Affairs to request "a temple erected to remind people of the divine protection of France and Paris, and should be located on a site dominating Paris that can be seen from all points of the city".

What are the hours of mass of the Sacré-coeur basilica?

For schedule of masses of the Basilica of the Sacré-cur, see this website.


How to spend a night of adoration in the Sacré-Coeur Basilica?

For only five euros, you can register to spend a night at the Sacre-Cur. There is also a commitment to go to pray for an hour near the Blessed Sacrament in the Basilica. You sleep in the annex building where the beds are very comfortable.
click here for details